We all know the sales pitch for autonomous vehicles; Utopia is at last within reach; pollution free bubbles zipping around our cities without making a sound taking our kids to school while we cycle to work breathing in clean air without a care in the world…

Well think again. This could get messy. We could be heading for a total transport system failure. London played host to city leaders from New York, Washington, Amsterdam, Vienna and Milan last week. The agenda for the session was for the city representatives to study a manifesto produced by an international task force of architects, engineers and planning experts, and feed-back their own perception and experience. During an intense closed-door session, the city leaders shared their challenges and successes with members of the task force. These ranged from too many bikes (Amsterdam), public resistance when taking out cars from a city built almost wholly on car production (Milan) getting the public buy-in for street closures (Hackney, London), what to do with the tremendous amount of space that will be released (Vienna) and a potential total transport system failure (Washington DC).

Many of the cities had had bad experiences with dockless bikes swamping their streets and provided a glimpse of what can go wrong with unplanned intervention driven by commercial interests. Within the next decade or so, city streets will be redefined by two powerful events, the advent of autonomous vehicles and an increasing awareness of the health risks from vehicle pollution. Self-driving technology enables cities to fundamentally reimagine their streets, by reducing the amount of road and parking space devoted to privately owned cars, shared self-driving fleets promise to return city streets to a time when they were an asset to communities.

It was against this backdrop that the first international Symposium on this subject took place, before an audience of experts and decision-makers from across the architectural and urban planning spectrum with attendees on the night from Zaha Hadid Architects, Atkins, AECOM, SOM, HawkinsBrown, make architects and many more. The Task Force presented a manifesto to city leaders from Washington, New York, Milan, Vienna, London, Milton Keynes and Amsterdam. Commenting at the event Pierfrancesco Maran, Deputy Mayor of Milan said: “Grey infrastructure should be becoming green infrastructure which in turn will provide a better microclimate for people who work in our streets. Autonomous vehicles will also play a role however they are not happening tomorrow but they are very close.”

Olivia Walker, Head of City Development, Bosch Mobility Solutions said: “One of the most important issues when dealing with climate change and making our city centres fit for purpose is the relationship between the government and the private sector. The private sector will lead innovation while the public sector needs to focus on its commitment to the citizens it represents.” When considering the viability of autonomous vehicles Olivia went on to say: “Autonomous vehicles are here, but there will be a very long integration period. At present they are only effective in very controlled scenarios.”

Also commenting on the Symposium’s key themes Elizabeth Emerson from EL Studio said: “Encouraging people to walk more is critical. There is also the need for an agent to negotiate between the public and private sector.”

Elizabeth also referred to EL Studio’s success in the WAN Urban Challenge design competition: “Winning the global design competition has been fabulous for us and it has boosted out business in a number of ways. It has also put us in contact with key city leaders and other like-minded architects.”

Each attendee was given a copy of the WAN Reclaiming the Streets Manifesto for Change; which was the end result of a process which looked at the future role of our city centres from an international perspective. There was consistent backing and praise for the manifesto which focused on the opportunities that traffic-less streets will bring to modern cities.

Maria Vassilakou, Deputy Mayor of Vienna gave a Keynote speech which focused on Rethinking the Streets the Viennese Way. There was also a thought-provoking panel debate, a series of five minute presentations from members of the WAN Reclaiming the Streets Task Force and a lively audience Q&A session.

For a free PDF copy of the Reclaiming the Streets Manifesto, please email tessa.schubert@haymarket.com

The WAN Urban Challenge Programme was supported by EIT Climate-KIC

For further information, or to get involved in WAN’s Urban Challenge programme, contact tessa.schubert@haymarket.com

EL Studio were one of the 2018 winners of the Urban Challenge ideas competition. 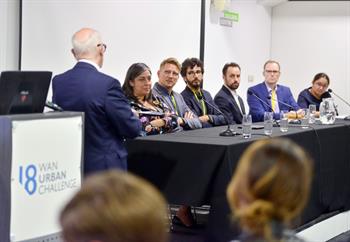 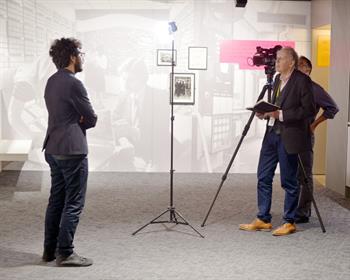 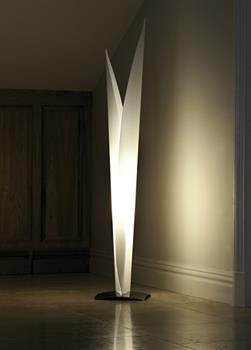 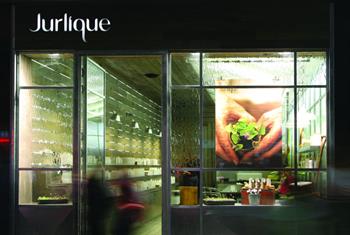 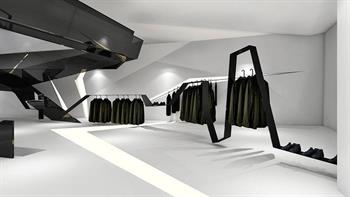 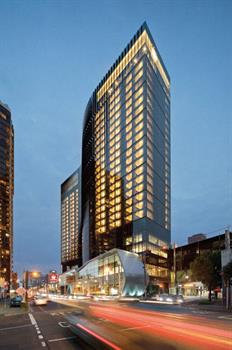